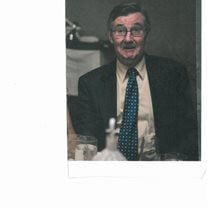 John Reilly passed away January 13, 2015. John was born in Belmullet, County Mayo, Ireland on September 11, 1945, to John and Mary (Coyle) Reilly. He was a long-time member of N.Y.C. District Council of Carpenters Union Local 2287. John is survived by his loving wife of 49 years, Chrissie, and four daughters: Helen (Corrado) DeGasperis, Laura (John) Gualtiere, Michelle (John) MacKessy and Stacy (Frank) Conte, fourteen grandchildren Rowan, Michael, Abby and Sarah DeGasperis, Rudy, Conor, Ian and Tyler Gualtiere, Jack, Patrick, Nora and Chloe MacKessy and Emily and Alyssa Conte. Also surviving are his siblings Pat Reilly, Seamus Reilly, Mary Healy, Nora Doherty, Bridget Spratt and many loving nieces and nephews.  John was predeceased by his parents and brother William Reilly. John would give his heart and soul and worry that it was not enough. He will be greatly missed by all who had the good fortune to know him. Visitation will be at the Dwyer & Vanderbilt funeral home Friday, January 16, 2015 from 2-4 PM and 7-9 PM. Mass of Christian Burial will be celebrated 10 AM Saturday, January 17, 2015 at St. Augustine’s Church in Ossining, N.Y. Interment to follow at Gate of Heaven Cemetery.

The family of John Reilly created this Life Tributes page to make it easy to share your memories.

Send flowers to the Reilly family.