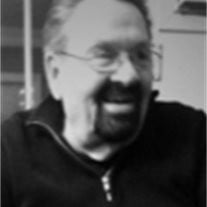 Fredrick Robert Nicodemus “Freddie” passed away on March 22, 2018.  He was 78.  Freddie was born on March 1, 1940 to Frank Anthony Nicodemus, and Ruth (nee Hognell). He established County Commercial Towing in 1967.  He was a pioneer in the towing industry.    Freddie worked every day with enthusiasm and a tireless work ethic.  Retirement wasn’t in his vocabulary. He was politically and socially active in the City he loved – Yonkers, New York.   Freddie had a passion for anything automotive. Always adding to his collection, he sought out classic cars, and relics from the early gas and oil industry. He is survived by his beloved wife of 57 years,  Emily and his three loving children,  Deborah Pires and Son in law, Steve Pires of Valhalla, Son Fred Nicodemus Jr. and Winnie Kelleher of Armonk,  and daughter Ruth Nicodemus of Stamford, CT.  He adored and cherished his  grandchildren, Vikki, Anthony, Alex,  Freddie  III and his newest  Great grandchild, “Jax”.  Freddie is also survived by his two brothers, Frank Nicodemus of Wappinger Falls, NY and Robert Nicodemus of Islamorada Florida.   Freddie was predeceased by his sister Susan Kicklighter.  The family would like to thank Freddie’s best friend Danny Wiese along with his many other friends and caregivers for their devotion and support. Reposing, Dwyer & Vanderbilt Funeral Home on Sunday from 2-4 PM and 6-9 PM. Funeral Mass, Church of the Transfiguration, Tarrytown, NY on Monday 10:30 AM. Interment, Sleepy Hollow Cemetery, Sleepy Hollow, NY to follow. In lieu of flowers donations can be made in Freddie’s to Cancer & Blood Specialists of NY. Dr. Dan Costin, White Plains Hospital, White Plains, NY 10601 and/or the Yonkers Animal Shelter, 1000 Ridge Hill Boulevard, Yonkers, NY 10710 DWYER & VANDERBILT FUNERAL HOME 90 N. Broadway Tarrytown, New York 10591 914-631-0621

The family of Fredrick "Freddie" Robert Nicodemus created this Life Tributes page to make it easy to share your memories.