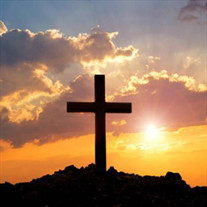 Eric Paul Nelson, Sr. was born on June 11, 1962, in Valhalla, N.Y., to John Walter Nelson, Sr., and Vivian Mary White. He transitioned on February 22, 2022. He was educated in the Tarrytown Public Schools System, after which he enlisted and served in the United State Army from November 27, 1979, until February 26, 1981, as an E1, Private 1st Class at Fort Lewis, Washington. After his time in Service, Eric relocated to Seattle, Washington, where he resided until his death. Eric held many jobs, but his favorite one was his most recent, Seattle City Security, with Iron and Oak Security Company. He loved this job because of many of his co-workers, and because of the nature of the job, which allowed him to interact with people from all walks of life around the city. Eric was known to help a co-worker out, assist city patrons, and help homeless people in need. He could truly be himself, whether he was giving a word of Wisdom, lending a helping hand or just listening to someone he met. Eric also loved his children, of whom he was very proud of, and he spoke of them as often as he could. "E", Lisa, and Tonya, were his true pride and joy. He also had a special love for Ms. Georgia May Johnson, "Ms. J"' (Eric Jr.'s grandmother), who is his "Second Mother", "daughter-in-law, Christina "Stina" Comer, and his family here in N.Y., brother, Johnny, sisters Carla and Dawn, and their families. Eric leaves behind to cherish his precious memories, his son, Eric P. Nelson Jr. (Christina), daughters, Laniecia "Lisa" Weatherspoon, and Georgia " Tonya" Johnson, "Second mother", Georgia May Johnson, grandson, Chrishaun "CJ" Jefferson, all of Seattle Washington, brother, John W. Nelson Jr., Bronx, NY, sisters, Carla Nelson-Kennedy(Lee), Virginia Beach, Virginia. Dawn C. Molina, Sleepy Hollow, NY. "Aunts" Wilhelmina "Billie" Robinson, Spring Valley, N.Y., and Joan Palmer, Greensboro, N.C, and a host of nieces, nephews, cousins, and beloved friends. Eric is predeceased by his father and mother, John and Vivian, his loving aunt, Margaret White, and his beloved brother Kendall Nelson.

Eric Paul Nelson, Sr. was born on June 11, 1962, in Valhalla, N.Y., to John Walter Nelson, Sr., and Vivian Mary White. He transitioned on February 22, 2022. He was educated in the Tarrytown Public Schools System, after which he enlisted and... View Obituary & Service Information

The family of Eric Paul Nelson Sr. created this Life Tributes page to make it easy to share your memories.

Send flowers to the Nelson family.