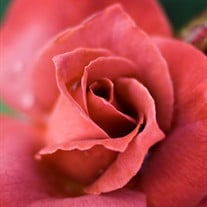 Elizabeth “Betty” Hynes died February 23, 2022, in Beltsville, Maryland. Betty was born in 1922 in Tarrytown to Genevieve and James Watson. In 1938, she graduated from Washington Irving High School, then attended Marymount College, Tarrytown, and graduated from New Paltz State Teachers College in 1942. She was a first-grade teacher at Pierson Elementary School, while earning an M.A. in Education from New York University in 1947. She married Lawrence Hynes in 1949; he also taught for the Tarrytown Schools. He died in 1976. Betty loved Tarrytown and was happiest living there. She was always very active and energetic. Mrs. Hynes was a life-long member of the Transfiguration Church and in the choir for 40 years. She also was a member of the Transfiguration and Tarrytown Seniors’ Clubs. In her later years, she traveled extensively and was an avid bridge player. Mrs. Hynes worked at the Transfiguration School, John Charles, Ltd., the Tarry Crest Swim Club, and served as a Greenburgh election official. Betty moved to Maryland to be close to her daughters in 2020. She is survived by Ms. Susan Rohrer (John), Ms. Sarah Hynes (Hugh Gilmore) and Dr. Marijane Hynes (Robert de Soqui). She leaves behind nieces, Pat (Gail) and Mary Watson-Stribula (Jan) and nephews Jimmy and Bobby Watson. Mrs. Hynes is survived by her grandchildren who loved her very much: John Joseph, Mary Jo, and Jodie Rohrer, Ann and Elizabeth Gilmore, and Andrew Hynes. The family wishes to thank especially Olga Nova and also Marcella Zavadska for their wonderful care of their mother while she was in Tarrytown. They also appreciate the great friendship of Jean Balthazard and Carol Haggerty, and, in addition, the late Lisa Morelli and Michael Cooney...two neighbors who were very good to her. The family is most grateful to the pastor at Transfiguration, Father Emiel, for his great kindness to their mother and to the family. In lieu of flowers donations can be made to Transfiguration Church at 268 South Broadway, Tarrytown, New York, 10591 to the Roof Fund or St. Vincent de Paul Society (this group helps those who are experiencing poverty in our area) Att: Elizabeth Rooney.

The family of Elizabeth W. Hynes created this Life Tributes page to make it easy to share your memories.

Send flowers to the Hynes family.