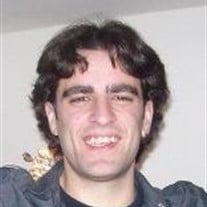 Daniel Valdespino was born on August 25, 1987 at Beth Israel Hospital in Manhattan to Andres Valdespino and Michelena Hallie. He lived in Tarrytown for the first four years of his life, and moved into his home in Sleepy Hollow when he was four with the arrival of his brothers Matthew and Gregory. Sleepy Hollow was always Dan’s home, where he went to school from his first day of kindergarten through his graduation from Sleepy Hollow High School. He filled his days with lacrosse, piano, and all sorts of shenanigans across town with the life long friends he had here. He found particular passion in playing the drums with his friends. After high school, Dan went off to Oberlin College in Ohio. There he lived in the campus’ vegetarian co-op Harkness, where his duties included cooking for upwards of sixty friends every week. At Oberlin, Dan continued to play the drums as well as the harmonica while enjoying the company of the talented musicians and wonderful friends that made his college experience such a highlight of his life. While at Oberlin, he began studying Spanish, which would take him to Costa Rica and Chile. After college, he found his true passion in life and began teaching. He worked at several schools in low-income communities in Colorado Springs for two years through Teach for America, and then three and half years in San Jose. With his incredible passion and deeply held belief in the transformative power of education, Dan shaped the lives of hundreds of students. Dan believed strongly in his ideals, but never settled with just thinking. Dan acted to never just settle for the world as it is, but pushed forward to create the world as it should be. In this, he never forgot to brighten people’s world with his smile and laugh every step along the way. Those who loved him will miss the love, compassion and comfort he provided, and the new ideas he encouraged us to explore. A few years ago Dan donated his beautiful long hair to Locks of Love, and as an organ donor his kidneys have already been transplanted. Dan is survived by his father Andres, his mother Michelena, and his younger brothers Matt and Greg.

Daniel Valdespino was born on August 25, 1987 at Beth Israel Hospital in Manhattan to Andres Valdespino and Michelena Hallie. He lived in Tarrytown for the first four years of his life, and moved into his home in Sleepy Hollow when he was four... View Obituary & Service Information

The family of Daniel Valdespino created this Life Tributes page to make it easy to share your memories.

Send flowers to the Valdespino family.