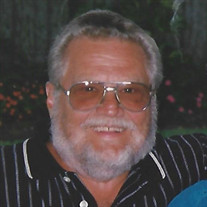 Dr. Daniel Rizzi age 88 died on July 4th, 2020 peacefully at home with his wife and daughter by his side. He was born in the old Tarrytown Hospital to Patrick and Susan Crews Rizzi. He grew up in North Tarrytown where he attended the North Tarrytown Elementary and High School serving as Freshman Class President and editor in Chief of the year book and graduated in 1950. He attended NYU, Hofstra, Hunter, Columbia and Rutgers graduating with a BS and MS from the university of Bridgeport. One of Dan's lifetime goals was achieved when he was awarded a doctorate degree of Ed. D. top of his class from the University of Sarasota, Florida in 1984. Dr. Dan married Joan Payne Rizzi in 1956 and had 3 children, the late Daniel, Jeff (Kellie), Susan (John) and 5 grand children, Frankie, Jeffrey, Christopher, Sara, and Eric who he greatly adored. He is also survived by his dear sister Marie Rizzi Bannon and many nieces and nephews. He was in the USN from 12/51 to 12/59 serving on the USS Eugene A. Greene DDR 711 for 2 years in the 6th fleet and the reserve for 6 years. He gained the rank of Petty Officer 3rd Class Fire Control Technician in 18 months. He was awarded the National Defense Medal. He was the most patriotic man around. He Loved his flag dearly and waved it proudly daily. Dan as a member of the Tarrytowners and proud of it, Dads Club, Consolidated Engine 77 (President), Tarrytown Bi-Centennial Committee, Kiwanis, NYSUT, Irvington Boy Scouts Committee, AFM (Board of Director), forty years active musician , Tarrytown Seniors and retired co-founder of the Irvington Faculty Association. Dan was very active with his children and community serving 5 years on the zoning board of appeals and 4 years as a village trustee (Four years as Fire Commissioner). He was a coach for the football and baseball leagues and was on the boy scout commission in Irvington. He was an administrator and Special Education Teacher for the BOCES of Southern Westchester and was a Dr. of Special Education in the Irvington School system. He served in many capacities for the Irvington Faculty Association and was co-founder of the retired Irvington Faculty Association. Dan was an active advocate for teachers rights throughout his career and after. The First Baptist Church was always Dan's first love which he attended from 1939 and was baptized in 1942. He served as a leader for every position of the church, Usher, served communion for over 30 years, greeter, trustee, Deacon, Elder, pulpit committee and others. Dan worked at the Tarrytown Post Office (Vacations), General Motors Factory (Summers), Sonotone (Payroll Assistant Manager 1950-1952), New York life Insurance Company (Office Manager-youngest in history) 1957-1962, Teacher and Assistant Director Southern Westchester Special Education Program 1962-1972 and DR. Of Special Education Irvington School System 1972-1988. He will be greatly missed by his friends and loving family, especially his loving wife Joan, loving son Jeff, and adoring daughter Susan, who all cared for him for the past 6 years. His Motto was God, Family, Country.

Dr. Daniel Rizzi age 88 died on July 4th, 2020 peacefully at home with his wife and daughter by his side. He was born in the old Tarrytown Hospital to Patrick and Susan Crews Rizzi. He grew up in North Tarrytown where he attended the North Tarrytown... View Obituary & Service Information

The family of Dr. Daniel Rizzi created this Life Tributes page to make it easy to share your memories.

Send flowers to the Rizzi family.