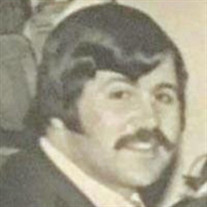 Charles M Pateman III "Chuckie" born May 26th, 1944, to Charles Pateman Jr and Ruth (Nilsson) Pateman. Raised and lived in Irvington NY his entire life. Chuck was a phenomenal athlete and captain on the Irvington football, basketball and track teams. A second knee surgery cut his collegiate football career short. Chuck married his high school sweetheart Adrienne Chiulli and had 3 children, Charles, Charlene, and Christopher. Chuck worked at General Motors, owned the Broadway Grill and Alibi Inn with long time partner Tom Lupetin, whereby they successfully maintained and operated one of the finest restaurants around. He and Tom would swap weeks between the kitchen and bar, and they could cook 150 dinners a night for patrons 1 week and bartend for his friends and patrons the next week. He then decided on a career change that would be a wonderful and rewarding life for him in the building and site development industry, which would span over 5 decades. With no real experience, other than sub-dividing his first lot at the age of 22, he was not above asking the simplest questions of every trade to learn everything he needed to know to become one of the most knowledgeable people in the business. A safe guess is that Chuck has built over 250 homes from 1,000 to 12,000 square feet and made every homeowner feel like a part of his family in the process and he would basically put a lifetime warranty on his product... Chuck has also helped an unknown count of others in business endeavors and startup companies. But it wasn't always work with Chuck, he loved his Corvettes (14), Harleys (5), boats (6) and planes (2). He even did some sky diving... Chuck was also a former vice president on the board of directors' board for the Westchester Builders Institute, Marina board of directors at the Tarrytown Boat Club, member of the Zoning Board of Appeals and Board of Assessment Review in Tarrytown, also a 44-year exempt member of the Irvington Volunteer Fire Department, where he served as a lieutenant, chauffeur. In addition, the Pateman family has worshipped at the Saint Barnabas Church, in Irvington, dating back to 1853, where he was an usher. Chuck is survived by his love Ada, son Charles (Bonnie) Samantha, Sydney. Charlene, Christopher Jr, Caitlyn. Christopher, Christopher Jr, Lauren. He truly loved his children and grandchildren unconditionally, and, as he would say, lay down in front of a train for any of them. He always said don't cry when I'm gone, I had a hell of a run and did everything I wanted to do while I was here, and no truer words could be said about this man. "We will cry and certainly miss you more than you will ever know but your memory and love will keep us strong and always moving forward." Service Saturday April 9th 2-5pm & 7-9 pm Dwyer & Michael's Funeral Home 90 N Broadway Tarrytown NY, 10591

The family of Charles M Pateman III created this Life Tributes page to make it easy to share your memories.

Send flowers to the Pateman family.