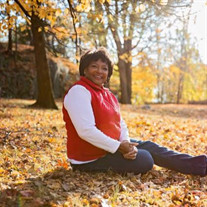 Carrol (Thompson) Wright peacefully transitioned on Saturday, March 12, 2022 at home, surrounded by her family. Carrol (Thompson) Wright was born on March 2, 1949 to the late Edith Jones and Charles Thompson. She grew up in the Bronx, NY raised by her maternal grandmother, Mumma Jones, upon the death of her mother at age 11. Carrol was educated in the NYC public school system and graduated from Evander Childs High School in 1967. When Carrol was a junior in high school, she met her husband, Gary Wright, Both Carrol and Gary worked at Sloan’s Supermarket. Carrol was a cashier and Gary worked in stock. Their first date was attending midnight mass, to which Mumma Jones declared, Gary was a keeper. On January 31, 1970, Carrol and Gary married at Immaculate Conception Church in the Bronx, NY. This year, they celebrated their 52nd wedding anniversary. Carrol and Gary have 2 children, a son, Garrison, and daughter, Andrea. Carrol’s first job was at Grey Advertising. After working for many advertising agencies in New York City, she moved on to a career as a bank teller at Amalgamated Bank and later, People’s Westchester Bank. In 1986, Carrol and Gary moved to Westchester where she would later become a teaching assistant in the Elmsford School District. In that time, she touched the lives of many students both at the Carl L. Dixson Primary School and the Alexander Hamilton High School. In June 2012, Carrol retired after 23 years. Carrol loved life. She loved traveling with her family as well as with her girlfriends. She could often be found riding to a new adventure with her best friend Laurie or running errands and seeing a movie with her sister, Karen. All of which she truly loved. She enjoyed sewing, baking, cooking, shopping, and above all, being with her family. Known to her grandchildren as “Lollie”, she was a truly loving and charismatic grandmother. There is nothing she would not do for her grandchildren, affectionately known as her “happy jacks”. Carrol bravely fought two battles with cancer. Through it all, her strength and faith in God were unwavering. She is an inspiration to us all. Her smile and laughter were infectious and she will never be forgotten. Carrol is predeceased by her parents, Edith Jones and Charles Thompson; her grandmother, Mildred L. Jones; Sisters, Mildred Ceasar Wilson, Gloria Dungey, and Lydia Thompson. Carrol leaves a legacy of love and is survived by her husband, Gary Wright; children Garrison Wright (Dana); Andrea Wright Cleveland (Kirby); her grandchildren, Christopher Cleveland, Madison Cleveland, and Mason Wright; her sisters, Karen Thompson, Darlene Gadsen, and brothers, Russell Thompspon (Choquita) and Gregory Thompson; First cousins, Zachariah Hughes (Renee) and Irene Hughes as well as a host of nieces, nephews, family and friends. Acknowledgements The family of Carrol Wright wishes to express our heartfelt appreciation for the many acts of kindness and compassion. We are truly grateful for the tremendous outpouring of love and support. We have felt the strength of your prayers and love whether near or far. We are comforted by thoughts of her peace and eternal rest. We thank you.

The family of Carrol Irene Wright created this Life Tributes page to make it easy to share your memories.

Send flowers to the Wright family.