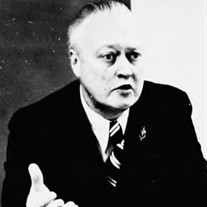 Arthur K. McCormack, 92, of Pocantico Hills, passed away peacefully at his home on May 26, 2016. Art was born to Alfred and Gertrude McCormack on Friday, February 29th, in the leap year of 1924. Raised in Yonkers, New York, he attended St. Denis Elementary School before enrolling in a preparatory program at Cathedral College. After high school, he spent two years at Dunwoodie Seminary and then completed his undergraduate work at Manhattan College, obtaining a degree in political science.  Art worked at Eastern Airlines, where he quickly rose through the ranks of ticket agent, supervisor and trainer to the position of manager at the East Side Terminal. After completing a masters program at Fordham University in 1966, Art became a member of the Social Studies Department at Fordham Preparatory School.  In addition to his teaching duties, Art was the Director of Admissions, Financial Aid coordinator, and performed various other roles throughout his tenure.  He was the first faculty representative elected to the Board of Trustees, on which he served from 1970 to 1996 including 20 years as the Board secretary.  Art’s career at the Prep spanned 44 years, and he was inducted into the school’s Hall of Honor in 2009.  In addition to impacting the lives of those he taught, he served his community as an active parishioner of The Church of the Magdalene, as a member of the Rescue Hose Fire Department where he was a chief, at the Pocantico Hills Fire Department where he served as president, and as a long time member of the Friendly Sons of St. Patrick’s. Art is predeceased by his wife Regina (2013), and is survived by his five children: Sean (Marina), Kevin (Mary Anne), Kerry (Paul), Maureen, and Artie (Gina) as well as seven grandchildren: Colleen, Kevin Barry, Emily, Matthew, Madeline, Thomas, and William.  His family is grateful for the wonderful care and friendship provided to him by Emmanuel Gariba.       Visiting hours will be at the Dwyer and Vanderbilt Funeral Home in Tarrytown on Monday, May 30th from 4:00-8:00.  A funeral mass will be celebrated on Tuesday, May 31st at 11:00 at the Church of the Magdalene, Pocantico Hills, NY.  In lieu of flowers, donations may be made to Fordham Preparatory School at 441 East Fordham Rd., Bronx, NY 10458 to establish a scholarship fund in the memory of Arthur K. McCormack.

Arthur K. McCormack, 92, of Pocantico Hills, passed away peacefully at his home on May 26, 2016. Art was born to Alfred and Gertrude McCormack on Friday, February 29th, in the leap year of 1924. Raised in Yonkers, New York, he attended St. Denis... View Obituary & Service Information

The family of Arthur K. McCormack created this Life Tributes page to make it easy to share your memories.

Send flowers to the McCormack family.